*** For support, or just to hang out, visit the forums at http://forums.s2games.com

*** See your ranking at http://savage2.s2games.com/player_ladder.php

*** Watch a replay of any match ever played at http://www.savage2replays.com

*** If you run into trouble, please take note of the match ID and server the problem occurred in.

*** The changelog can be viewed on our website at www.s2games.com or in your Savage 2 game directory

Version 1.6.2
-------------
- Fixed an issue where Steam users who did not run the game using the Steam game manager would not properly load textures
- Fixed an issue with shuffle team vote that would cause some players to be stuck in spectate, unable to choose teams
- Fixed missing clan icons
- Fixed a client crash that could occur when the map changed

Version 1.6.0
-------------
Additions:
- Post processing support added to the engine. This allows for bloom and refractions. Note these new effects will not currently display on the linux version
- Added settings to the options menu to turn off bloom and refraction
- Updated many effects to use refraction
- Updated all maps to use bloom
- Improved load times
- The replay browser now shows much more information on the selected replay
- Freeflying spectating is now available in replays
- The main menu and engine initialization have been improved graphically
- Improved map downloading, it should be faster and more efficient now
- Several other miscellaneous engine changes and improvements
- Included Maliken and Hunter in practice mode
- Added a shuffle vote to shuffle the teams based on skill factor
- Added a concede vote. This vote can only be cast when your team is failing to meet upkeep and the match has been occuring for more than 5 minutes. This vote also requires 66% approval to pass
- Added a Next Map vote. This vote can only be cast within the first 5 minutes of a game or during warmup
- Added a vote menu available via the F10 in-game menu. Removed impeach from the loadout screen
- Note that all votes can only be cast once per player per match

Balance Changes:
- Soul of Maliken no longer requires a hellshrine
- Soul of Maliken is not available for the first 15 minutes of the game. The other Maliken items are still available from the beginning of the match
- Hellbourne strong attacks now do significantly more damage but immobilize the attacker

Fixes:
- Fixed a bug with vote impeach causing the player calling the vote to show up improperly as the person the vote was called on
- Fixed conjurer and engineer build skills. They can now once again be used by scrolling to them with the mouse wheel and clicking
- Several optimizations resulting in a reduction in overall memory use (about 125mb on maximum settings). This greatly reduces runtime errors.
- Fixed a large number of memory-related issues (corruption and leaks)
- Performance in general improved slightly
- Maliken regeneration buff can no longer be dispelled
- Fixed "recall causes officer spawn portal to be unplacable" bug
- Fixed a number of crashes


Map changes:
*Morning changes:
- Fixed a place where players could get stuck in morning
- Added some props to prevent the contruction of sublairs or garrisons near the scar

*Crossroads changes:
- Fixed several spots where battering rams could get stuck.
- Updated blocker to prevent tower and spire exploits.
- Modified the terrain near the human base tower so you don't have to jump to get up the ramp.
- Lowered the max players to 22.


*Eden changes:
- Re-textured the entire map.
- Updated environment settings (lighting, fog) updated to match texture updates.
- Removed water props.
- Changed a few props (along with retexturing) to emphasize the influence of the scars (death/decay).
- Updated deforming and blockers to prevent gadget and tower/spire exploits.
- Some deforming updates to reduce jagged terrain and match new textures.
- Added a couple of different props outside of the playable areas of the map.
- Added blockers under the bridge to prevent gadget exploits (primarily electric eyes and sentry bats).
- Modified the bridge area to better fit the lack of water.

*Hidden Village updates:
- Max players set to 22
- Fixed a couple of spots where siege units (primarily behemoths) can get stuck.
- Widened a couple of areas where predators and hunters couldn't fit (where legionnaires and savages could).
- Fixed red splotch at the middle of the map.
- Updated the coloring at the scars a tad.
- Lowered the minimum players required to start a match.
- Added more out-of-playable-area visual elements (structures, trees, etc. in the mountain borders).
- Removed and replaced some of the existing NPCs (mostly to lower the amount of available souls).
- Added some extra NPCs.

*Desolation changes:
- Updated some areas near rocks to lessen the chance of siege units (primarily behemoths) getting stuck.
- Removed some of the existing NPCs to lessen the amount of available souls.
- Added some extra NPCs.
- Cleaned up the coloring a bit.
- Brightened up the map.
- Cleaned up a couple of texture issues.
- Touched up the base areas (now much less flat).
- Extended the fog out a little bit (can see slightly farther).
- Lowered the minimum players required to start a match. 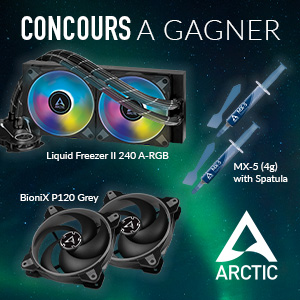