The free downloadable demo of the new multiplayer mode for Unreal® II: The Awakening -- called XMP -- will be made available tomorrow.

The demo will not require the previous installation of the full retail game.

The download will premiere on FilePlanet.com and will be available everywhere immediately thereafter.

-- XMP To Be Made Available for Download to Current Owners of Unreal II: The Awakening --

LOS ANGELES - Dec. 4, 2003 - Atari is expanding the gameplay of Unreal® II: The Awakening this December with Unreal® II: The Awakening - Special Edition for the personal computer. The Special Edition package will include the original single-player campaign, first released in February 2003, as well as an all-new multiplayer experience called XMP, or "Expanded Multiplayer." Developed by Legend Entertainment (an Atari studio) in conjunction with Epic Games, Unreal II: The Awakening is the follow-up to Epic Games' 1998 smash hit Unreal and incorporates the same story-driven gameplay, cunningly ferocious enemies and nail-biting tension that made the original title a best seller.

"Unreal II: The Awakening was one of the most anticipated and celebrated single-player first person shooters of the year, but fans have been hungry to play against one another online," said Steve Allison, vice president of marketing in Atari's Los Angeles studio. "Unreal II: The Awakening - Special Edition will deliver the same epic single-player game to those who may have missed out, along with the all-new multiplayer mode fans have been waiting for."

In the single-player game, players jump into the scarred combat boots of a grizzled lawman of the future to battle a torrent of bizarre alien creatures and hard-hitting enemy soldiers. The mission: win a brutal galactic race to collect powerful artifacts and stop a malevolent plot to awaken an ancient power. Dispatched to unique worlds ranging from stunningly realistic outdoor terrain to spine-chilling alien cities, the player will face off with Unreal's legendary nemesis -- the fearsome Skaarj -- along with a host of all-new enemies, each hell-bent on eradicating the player and his compadres.

The all new XMP mode is a class-based multiplayer game where teams use vehicles, cooperation and Unreal II: The Awakening's devastating weaponry to battle it out across large-scale terrain maps. Teams fight for control of energy sources to power their war machines, deployment points to get to the front lines quickly, and ultimately, four artifacts that are required to win each match. Current owners of Unreal II: The Awakening standard edition will be able to download the XMP multiplayer mode for free on the day the Special Edition package is released.

Unreal II: The Awakening - Special Edition will include: 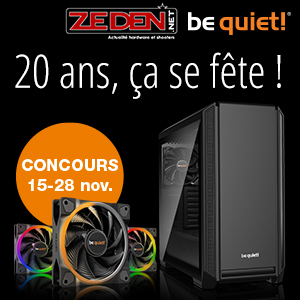